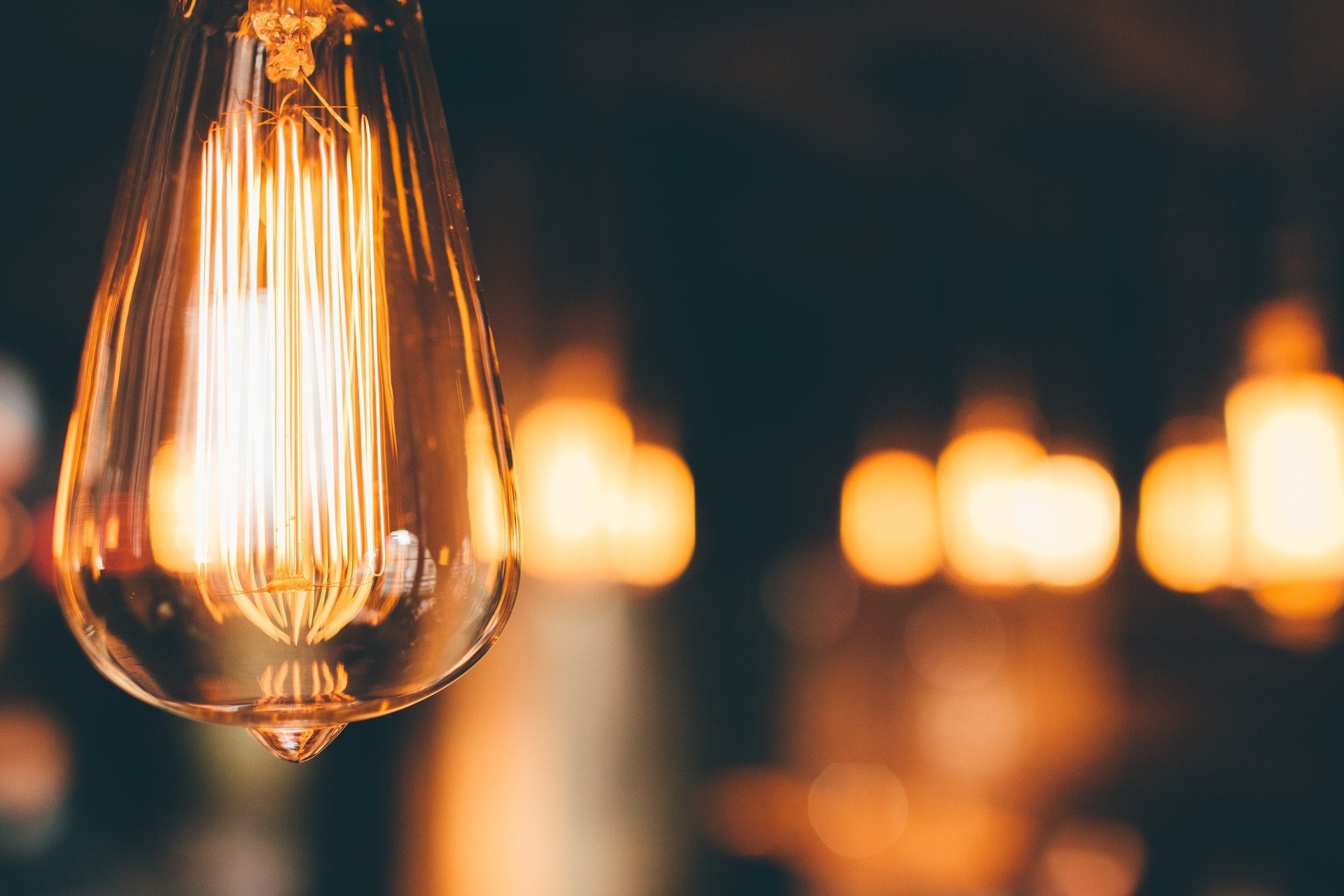 We are in the middle of a main floor remodel, and I'm installing can lights.  Lots of can lights. Thinking back to when we moved into our home 12 years ago, light bulbs have seen a bigger change than most household items. So when this article appeared in last month's REALTOR® Magazine, I had to smile and decided to share with my readers. Here is the article in its entirety...

Getting the Right Light
Choosing bulbs has gotten much more complicated as energy-saving technology becomes more common. Here’s how to make the smartest and most flattering choices for a home.

Selecting a beautiful new light fixture for a home is a great way to visually update a home and add sparkle to a space. But putting the wrong lightbulb in that fixture can have disastrous effects. The wrong lighting makes a room feel too dark or too bright. Light also affects the appearance of upholstery, paint, or artwork.

Comparing lighting options available today can be like comparing a Model T with a Prius because of the vast options—both old-school and new—on the market. With energy consciousness steadily rising, the expansion of federal legislation mandating lightbulb efficiency is now being reconsidered by the Department of Energy, and some states, including California, Nevada, and Washington, already have strict laws in place. The 60-watt tungsten bulb is, indeed, becoming a Model T.

Bulbs come in any number of shapes and sizes. When shopping, the most common lightbulb shape and size is described as an “A19 Medium Base.”

Energy Used: The amount of electricity that a lightbulb consumes is measured in watts. A 60W tungsten bulb consumes 60W. An 800-lumen LED bulb (equivalent to the 60-watt tungsten) uses approximately 14W of electricity, a 75% reduction in energy consumption. Efficiency is often expressed as lumens per watt; the higher the LPM ratio, the more energy-efficient the bulb.

Light Appearance: We understand lightbulbs described as “warm white” or “bright white,” but these are subjective terms, meaning different things to different manufacturers. Light appearance refers to the “color” of the white light. Light color is represented in Kelvin, a temperature measurement. 2700K is roughly the equivalent of a tungsten bulb; 3000K roughly the equivalent of a halogen bulb; 4500K considered equivalent to daylight, and appears blueish.

2700K lighting is warm and cozy, great for living rooms and bedrooms. 3000K lighting is crisper and best used where functional light is important, as in a kitchen or bathroom. 4000K is great for the garage or laundry room. Make sure that the lamps and ceiling lights in a room have matching Kelvin ratings. Nothing’s worse for a room’s appearance than mismatched light color. A bedroom with 2700K lighting at the ceiling and 4000K in the nightstand lamp looks awkward and will create an imbalance in paint and fabric colors.

Dimming: Ever say, “let’s dim the lights” to create a little romance or watch a movie? When incandescent bulbs are dimmed, their color warms, meaning that it changes to look more like candlelight.

Look for the word “dimmable” as a feature on the lightbulb package or integrated LED fixture. Unlike incandescent lighting, not all LED or CFL lights can be dimmed. This is not a huge consideration for bulbs used in table or floor lamps, but ceiling lights, especially chandeliers, are often controlled by wall dimmer switches. Nondimmable LEDs may not react and CFLs may turn a greenish-blue color. So much for atmosphere.

Further, LEDs and CFLs rated as dimmable will not warm to look like candlelight. They will simply get less bright while giving off the same color. LEDs offer a technology called “warm dim” that mimics the dimming of incandescent bulbs. Search for warm dim LEDs that offer a color range of 3000K to 2200K or wider.

Color Rendering: You probably won’t see the color rendering index of a lightbulb on its package. But this measurement is important when illuminating artwork or when highlighting decor, such as fabrics or paint colors. Low CRI ratings make the colors in a room seem flat, while high CRI makes color snap.

Sunlight, with a CRI of 100, has the most accurate color rendering; halogen matches sunlight with 100 CRI, which is why galleries often use halogen lighting. Most LED bulbs are rated above 85 CRI, which is considered acceptable; CFLs are somewhat lower. However, LEDs are available at higher CRI levels when color rendering is critical.

Al DeGenova
Al DeGenova is a freelance writer and former marketing executive in the lighting industry based in the Chicago area.

Reach out to me to discuss your move into or out of Northern Colorado.  Thank you!