Colorado's and the West's Water Shortage 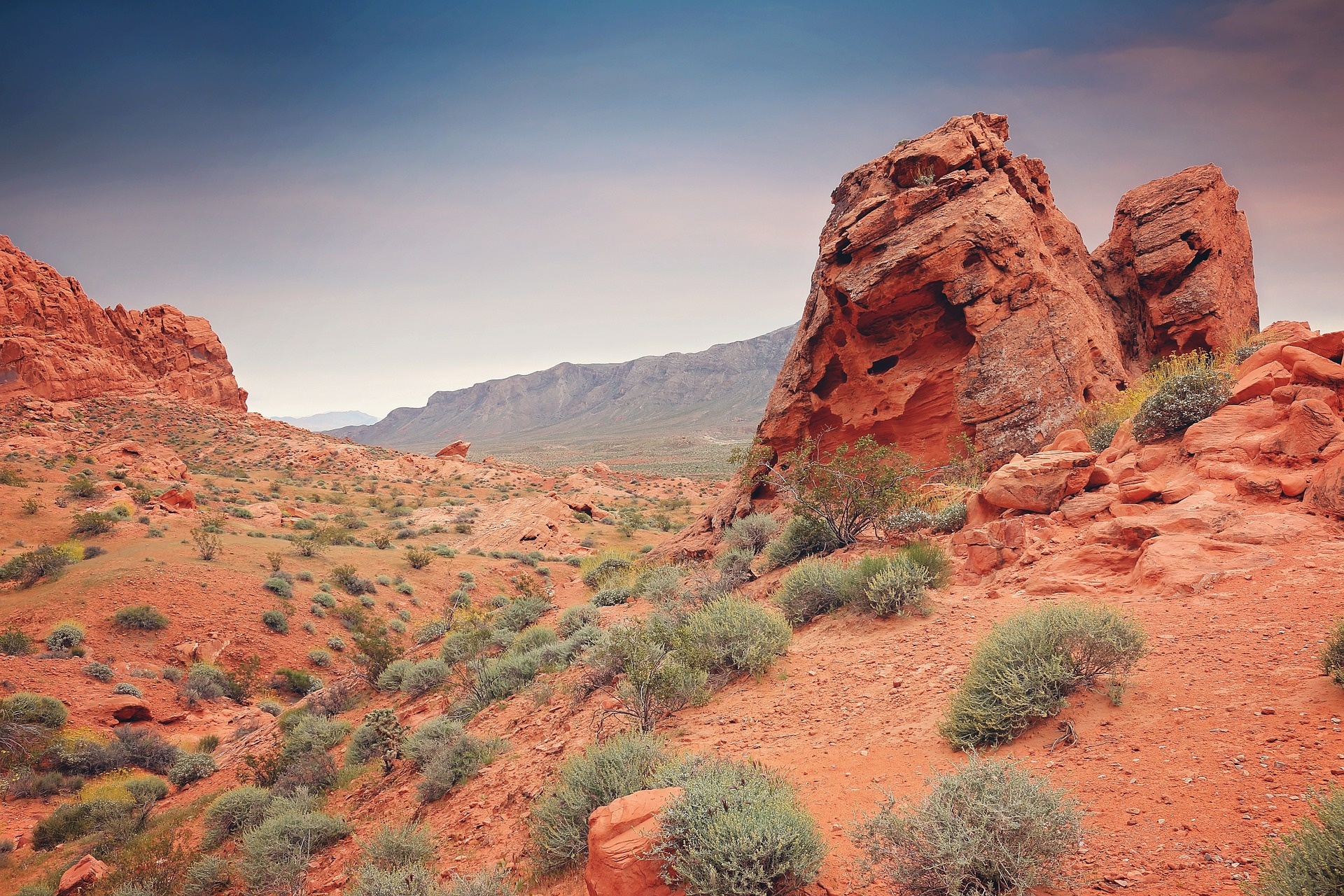 As I write this blog early on an unusually gray morning in Fort Collins, Colorado, the weather forecast is calling for a 50% chance of rain, with .06 inches predicted-not exactly encouraging for the browned grass, stressed apple trees, or wilting blue spruces in my backyard. Yes, we've had a fairly plentiful year of precipitation thus far, with 15.69 inches of total moisture recorded for our mid-town location, but that moisture has come in a few spurts, with abnormally dry spells in between.  Thanks to Colorado State University's Colorado Climate Center, residents from across the state can not only look at 7 day, 14 day, 30 day, 60 day, 90 day, 120 day, month to date, rain year to date, and water (including snow) year to date totals, they can also see Days Since 0.1" Rain Event and Days Since 0.25" Rain Event.  In Fort Collins, we are currently at 53 continuous days without 0.25" of rain or more. Color coding helps draw attention to those that are really suffering-currently Grand Junction, on the Western Slope, is at 106 days without 0.25" or rain or more.  This is one cool website!

Housing prices have really jumped in northern Colorado in the last couple of years, and nowhere has seen a bigger increase than Wellington, just north of Fort Collins.  Water tap fees for developers went up approximately $36K, per lot, in Wellington in May.  I had a call from a prospective buyer this week on a house that was a new build last August.  He wanted to make sure that he was reading the prices correctly- $430K last August, and selling for $530K this August.  Yep, correct!

Whether it is because we have tremendous drinking water here in Fort Collins, or because our water source, just 40 miles up on the Cameron Pass, is so close, there seems to be a lack of urgency on the topic of water in northern Colorado.  Don't get me wrong.  People are concerned. But not enough.  Thornton, Colorado is currently building a water pipeline from a reservoir north of Fort Collins yet to be approved.  Communities are springing up east of I-25 in droves, in Eaton, Severance, Timnath, Windsor, Johnstown, Firestone, Evans, Greeley, and Milliken.

It is with this in mind that I came across this opinion piece from Robert Glennon, which really hit home for me.  Water in the western U.S. is interconnected, and even though Arizona and California may have seemed 1-2 long days' drive away from us in the past, the California wildfire smoke that has turned our blue skies to haze this summer, and last summer, and two summers ago, is bringing us all closer together.  Here is Robert's article, in its entirety...

Opinion: This is how western states must change because of the Colorado River water shortage
Published: Aug. 17, 2021 at 10:25 a.m. By Robert Glennon

Central Arizona farmers take the first hit, but California could suffer in 2023

The U.S. government announced its first-ever water shortage declaration for the Colorado River on Aug. 16, triggering future cuts in the amount of water states will be allowed to draw from the river.

The Tier 1 shortage declaration followed the U.S. Bureau of Reclamation’s forecast that the water in Lake Mead – the largest reservoir in the U.S., located on the Arizona-Nevada border – will drop below an elevation of 1,075 feet above sea level, leaving less than 40% of its capacity, by the end of 2021.

The declaration means that in January 2022 the agency will reduce water deliveries to the Lower Colorado River Basin states of Arizona and Nevada and to Mexico, but not to California – yet.

Arizona will lose the most water: 512,000 acre-feet, nearly a fifth of its total Colorado River allocation of 2.8 million acre-feet. Nevada will lose 21,000 and Mexico 80,000. An acre-foot is enough water to cover an acre of land, which is roughly the area of a football field, to a depth of one foot – about 326,000 gallons.

The ultimate problem facing the Colorado River Basin states is simple. There are  more water rights on paper than there is water in the river.
Central Arizona farmers are the big losers in this first round of cuts. The cities are protected because they enjoy the highest priority in Arizona for water delivered through the Central Arizona Project, a 330-mile canal from the Colorado River.

From my experience analyzing Western water policy, I expect that this declaration won’t halt growth in the affected states – but growth can no longer be uncontrolled. Increasing water supply is no longer a viable option, so states must turn to reducing demand.

Conservation remains the low-hanging fruit. Water reuse – treating wastewater and using it again, including for drinking – is also viable. A third option is using pricing and trading to encourage the reallocation of water from lower-value to higher-value uses.

Interstate collaboration
The Colorado River Basin states have formally negotiated who can use how much water from the Colorado River since they first inked the Colorado River Compact in 1922. In 2007 they negotiated interim shortage guidelines that specified how much each state would reduce its use depending on the elevation of Lake Mead. A series of subsequent agreements included Mexico, increased the scale of reductions and authorized the secretary of the Interior, ultimately, to impose truly draconian cuts.

Arizona suffers the biggest cuts because it agreed in the 1960s that it would have the lowest priority among the Lower Basin states.

California does not take a cut until the level in Lake Mead drops even lower. But that could happen as soon as 2023. The water level is dropping partly because of the Western drought but also because of the shape of Lake Mead, which was created by damming Boulder Canyon in 1936.

Like most Western river canyons, Boulder Canyon is wide at the rim and narrow at its base, like a martini glass. As its water elevation drops, each remaining foot in the lake holds less water.

Lake Mead feeds Hoover Dam, one of the largest hydroelectric generating facilities in the country. The plant produces electricity by moving water through turbines. When Lake Mead is high, Hoover Dam’s generating capacity is more than 2,000 megawatts, which produces enough electricity to supply some 450,000 average households in Nevada, Arizona and California.

But the plant has lost 25% of its capacity as Lake Mead has dropped. If the water level declines below about 950 feet, the dam won’t be able to generate power.

That’s because the Colorado River Compact obligates the Bureau of Reclamation to release an annual average of 8.23 million acre-feet from Lake Powell, the nation’s second-largest reservoir, which extends from southern Utah into northern Arizona.

The Bureau of Reclamation predicted in mid-July that runoff into Lake Powell for 2021 will total just 3.23 million acre-feet, or 30% of average. To make up for this shortfall, the bureau will release more water from three Upper Basin reservoirs: Flaming Gorge in Utah, Blue Mesa in Colorado and Navajo on the Colorado-New Mexico border.

These releases will harm farmers and ranchers, who may be forced to raise less-water-intensive crops or fewer animals due to water shortages. The Upper Basin states get much of their water from snowpack, which has declined in recent years as the West warms.

Doing the math
The ultimate problem facing the Colorado River Basin states is simple. There are more water rights on paper than there is water in the river. And that’s before considering the impact of climate change and evaporation loss from Lakes Mead and Powell.

The urgency of the Tier 1 shortage declaration has generated wild-eyed proposals to import water from far-flung places. In May 2021, the Arizona legislature passed a bipartisan resolution calling on Congress to study a pipeline from the Mississippi River that would augment the Colorado River. Space does not permit me to elaborate all the obstacles to this idea, but here’s a big one: the Rocky Mountains.

Similarly, the city of St. George in southwest Utah has proposed building a 140-mile pipeline from Lake Powell to augment its supply. St. George has some of the highest water consumption and lowest water prices in the country.

The gospel of growth still motivates some cities. Buckeye, Arizona, on the west side of Phoenix, has a planning area of 642 square miles, which is larger than Phoenix. The city has approved 27 housing developments that officials project will increase its population by 800,000 people by 2040. Yet its water supply depends on unsustainable groundwater pumping.

Other communities have faced reality. In early 2021 Oakley, Utah, east of Salt Lake City, imposed a construction moratorium on new homes, sending shivers up the spines of developers across the West.

Enabling farmers to be more efficient
The Tier 1 declaration gives states and local communities reason to remove barriers to transferring water. Market forces are playing an increasingly critical role in water management in the West. Many new demands for water are coming from voluntary transfers between willing sellers and desperate buyers.

Water markets threaten rural communities because farmers cannot hope to compete with cities in a free market for water. Nor should they have to. Water remains a public resource. I believe the states need a process to ensure that transfers are consistent with the public interest – one that protects the long-term viability of rural communities.

As the West enters an era of water reallocation, most of the water will come from farmers, who consume more than 70% of the region’s water. Cities, developers and industry need only a tiny fraction of that amount for the indefinite future.

What if municipal and industrial interests created a fund to help farmers install more efficient irrigation systems instead of simply flooding fields, a low-tech approach that wastes a lot of water?

If farmers could reduce their water consumption by 5%, that water would be available to cities and businesses. Farmers would continue to grow as much food as before, thus protecting the stability of rural communities. This could be a win-win solution to the West’s water crisis.

Robert Glennon is a Regents Professor and Morris K. Udall Professor of Law & Public Policy at the University of Arizona in Tucson. This was first published by The Conversation — “As Colorado River Basin states confront water shortages, it’s time to focus on reducing demand“.

Reach out to me to discuss your move into or out of Northern Colorado.